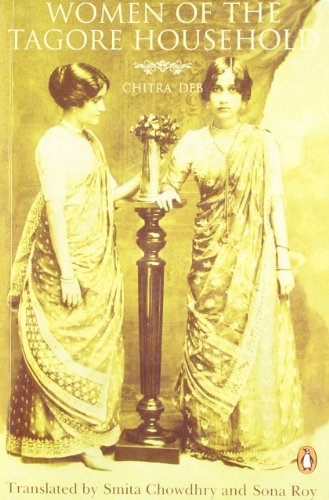 Women of the Tagore Household

Women of the Tagore Household portrays several generations of connoisseurs, aesthetes and lovers of literature who were nurtured under the umbrella of cultural richness and spiritual freedom that the extended family provided. We meet Rabindranath s wife Mrinalini and his sister-in-law Kadambari, who had considerable influence on the young poet; the progressive Jnandanandini who sailed alone to England in the nineteenth century, presenting to ordinary women a vision of courage and daring; and Sushama, who broke out of the confines of music, literature and culinary arts, to tread the path of women s empowerment. This book reveals hitherto unknown aspects of women s emancipation in Bengal in which the women of the Jarasanko Tagore family were at the forefront-Chandramukhi and Kadambini were the first two female graduates of India, Protiva opened up music and dramatics to women by preparing musical notations for Brahmo sangeet and Hindustani classical music, and Pragya s prefaces to her cookbooks are still considered storehouses of not only recipes but also homemaking skills.

There are no reviews yet.